If there is a beyond it’s surely beyond words, and songs can sing what we cannot say. Sometimes they sing of the final going away. Metro Arts are doing an event called deathfest in November. There are all sorts of events on over the weekend and to be honest, it sounds like fun. As part of this I was asked to do a musical concert related to the themes of the festival, so Samuel Vincent,  Kylie Southwell and I are doing a gig I’m calling Songs of the Leaving. We’ve only played together as a trio once before – a wedding where we played three Beatles songs. That was a while ago,  so we’ve a lot to learn from this gig. 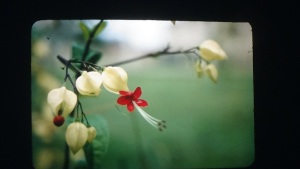 The idea’s simple. A curated set of songs for those leaving and those left behind, played acoustically, interspersed with spoken words. The experience won’t be entirely ponderous or sad.

As we put the show together I’ll be looking for moments of affirmation, little narrative threads  and the comedy of recognition. I might involve some vintage slides as viauals but for now I’m focusing on the music.

You can’t walk around songs of any genre without stumbling over tunes where someone’s left, leaving or considering going. Here, indirectly or otherwise, the end of love is often conflated with the end of life. Obviously they’re quite different affairs when it comes to the lives we actually live and leave but songs are built to sustain multiple readings, so we’ll be drawing on this power as we put the setlist together. It looks like the performance is going to embrace quite a few styles, and allow us to reinterpret some songs I’ve long loved.

We’ll share vocals and the gig will be unusual for me because I’ll be appearing in disguise as myself rather than someone else. We’re at a particularly exciting part of the process at the moment where we’re trading lists of possible songs. Working with musicians as good as Kylie and Sam means that we’re not restricted by genre. It’s also the first time for a while I’ve performed without the protection of a performance persona.

Some of the songs we will have written ourselves. As far back as 1996 death poked its head around the corner of my writing in a London bedroom and it’s been an occasional visitor in my writing and composition ever since. This performance has allowed me to reach back into the past for some older songs I have not played in some time. The voice in the songs hasn’t changed,  but the voice that sings them has.

More recently, in the middle of a particularly purple patch of songwriting I asked my cowriter Samuel Vincent what we should write next. He suggested a New Orleans funeral march. Sometimes called a jazz funeral, in this tradition a band marches,  playing sombre, slow music in tribute until a pause and change when the “body is cut loose” and the music lifts its spirit.

It’s a practice of particular poignancy when it celebrates musicians who are no longer  with us. Other participants may follow the first line of the band and funeral party as it parades, with a more spontaneous ‘second line’ of informal dancers. Our song Part of the Way is influenced by this phenomenon. Our challenge will be to adapt this magnificent arrangement by Laique for three musicians.

Sometimes songs which affirm life are strengthened by the awareness of that fact that it will end. As I put the setlist together a throughline is emerging of a couple united in life and death by song, though I’m not going to overwork this seam. This tune by Iron and Wine may make it onto the setlist, if I can get through it without blubbing. It sounds great with three voices.

I’ve loved this Kate Rusby song for some time. She wrote it after the death of singer Davy Steele and there’s a strong chance we’ll get to play it as part of Songs of the Leaving

There’ll be other,  more practical factors such as whether we have time to learn, arrange or rehearse particular tunes,  or for me,  whether I’ll be able to actually sing the things. I love this part of putting a setlist together. You start off by telling the songs where they should go, and then the songs start telling you where they belong.

The aim (and the risk) is to arrange all these parts to give them the best chance of becoming something other than the whole, without making it obvious – leaving it up to the audience to complete the performance.  There are some songs I’d love to play but I’m certain we won’t have the time to arrange. This Divine Comedy song is one of them. It closes with the lines

And if we die, will we be that disappointed or sad?

If heaven doesn’t exist, what will we have missed?

This life is the best we’ve ever had. (Hannon)

The way we allow songs to play upon us can go some way to revealing and healing grief. They don’t have to bring us down,  but they can anchor us. We all know songs can give us a lift. Songs of the leaving are for those that are left, more than those that go, and they connect us with something beyond.

Singing is in a line of descent from the psalms, a way of puncturing reality, the ordered structure of things as they are. As soon as we start to sing, dance, remember, things are not as they are. We are no longer just gathering in the hay, as it were. It’s a weird thing to do – a non-animal like thing to do. The angel in us. Dennis Potter (in Fuller 1993:86)